I think it is fitting that my very first review on this blog would be of SUCH an amazing book. I mean. Seriously.

I won’t let your ignorance ignore my pain.

They killed my mother.
They took our magic.
They tried to bury us.
Now we rise.

Zélie Adebola remembers when the soil of Orïsha hummed with magic. Burners ignited flames, Tiders beckoned waves, and Zélie’s Reaper mother summoned forth souls.
But everything changed the night magic disappeared. Under the orders of a ruthless king, maji were killed, leaving Zélie without a mother and her people without hope.
Now Zélie has one chance to bring back magic and strike against the monarchy. With the help of a rogue princess, Zélie must outwit and outrun the crown prince, who is hell-bent on eradicating magic for good.
Danger lurks in Orïsha, where snow leoponaires prowl and vengeful spirits wait in the waters. Yet the greatest danger may be Zélie herself as she struggles to control her powers and her growing feelings for an enemy.

“You know how to win,” she says. “Just make sure you know when to fight.”

I connected with the characters immediately. I feel in love with Zélie, I got irritated by Tzain and became friends with Amari. They all have some kind of depth and have great and thick backstories. They make good characters. None of them are perfectly good or bad. God, even The King has some kind of story that makes us pity him, makes us understand. He’s still an asshole though. I think my favorite character (apart from Zélie) is Inan. He is amazing but at the same time has such a conflict inside him going on for the entire book; it makes him the most interesting character to read.

I thought the plot was really good. It was never too slow, just the right pace to keep me interested. And though the book is fairly big, there were no useless scenes or chapters.
| side note: I CAN’T WAIT FOR THE NEXT BOOK. I NEED IT, NOW.

“Let them taste the terror they make us swallow.”

The magic, for me, was the hardest part in the book. It might be because I ate the book and probably missed some details, but it took me a little while to understand what was going on. And while I still think it’s awesome, and I probably should have paid more attention, for example having a “Cancer” as a magic wielder that has the power to… what exactly? Make you get cancer is the logical answer of course but like do you die immediately? How does that work? And how does Zélie’s power really work? So many questions.

I loved that the romance was there, but it wasn’t the main part of the book. It was secondary, but not forgotten, and it was there enough to be noticed and appreciated. Since this is a spoiler free review, I can’t really get into details, but just know that the couples are AMAZING and that I cannot wait to see what will come out of them in the next book. I also love that none of the romance in the book is without their own issues. It’s not easy love.

SPOILERS IN THE SENTENCE BELOW

Okay but I just realised that if Zélie and Inan get together and if Amari and Tzain get together too they’re all going to be brothers and sisters in law… which is… weird.

I really loved this, and would recommend it to pretty much everyone. You will love this, I promise!
In other words: READ THIS.

The diversity in this book was one of the best things for me. I am not black, but seeing so many children with dark skin get inspired from all the characters makes me SO HAPPY. We need more books like this. Kids around the world need to see themselves represented as strong warriors more often. And this did it! Like the book was amazing by itself but lots and lots of brownie points for the diversity, the badassness of the characters and the effort to get people to realise that: hey! Black people are still treated like shit and racism is a very big thing. Make it stop. Hate is useless.

“Power is not the answer. It will only intensify the fight.”

“The truth cuts like the sharpest knife I’ve ever known.”

If you’ve read this too, tell me what you thought about it down in the comments! 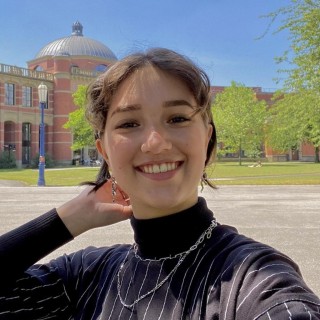